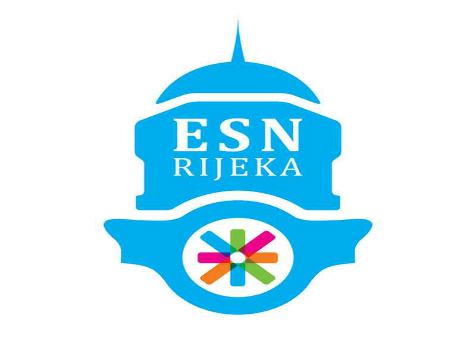 The Erasmus Student Network is the largest student organization in Europe, with more than 15,000 members, helping more than 180,000 students through 528 local sections deployed in 40 countries. Guided by the principle of "students helping students", we work to promote programs of student mobility and intercultural exchanges. ESN Croatia, as part of the ESN network, has its branches in six Croatian cities - Zagreb, Osijek, Zadar, Split, Dubrovnik and Rijeka.
ESN Rijeka was born in 2012, as the second ESN section in Croatia. The road has been long, but it’s grown from a crew of very few people to a well-organized team of 30 people who take tasks seriously, but always with great mood and high motivation. ESN Rijeka highly values friendly relationships among its members; we feel that we’re a family, and this results in great communication and team spirit. One of our strong points is shared tasks and cooperation among teams so that all of our members keep active and involved.
We are proud of the Event team because of their creative ideas and hard work for all events, whether big or small, SocialErasmus team for proving to be active and very socially sensitive in numerous aspects of social inclusion, seizing over the Atlantic ocean for the most acknowledged SE event we've had (Cups for Cuba); the Travel team for taking us all around Croatia and over its borders into Austria, Serbia and Bosnia and Herzegovina. And last but not the least - the PR team for making sure that all the exchange students, local students and the members keep informed of everything that’s been going on around Rijeka.
What has the section achieved throughout the five years? We’re proud of organizing several national and international meetings, especially since most of these were envisioned and fulfilled with a small number of very motivated individuals! Most worth mentioning would be organizing the National platform of ESN Croatia in Rijeka and LevelUp training in 2013, the Central European Platform of the Erasmus Student Network in 2015, and most recently the National Platform of ESN Croatia in 2016. We also closely cooperate with student and other organizations for activities, some of which are Student Assembly of Rijeka, Regional Youth Informative Center and student radio Radio Sova, which not only reports on the activities of ESN Rijeka but also airs a show which hosts Erasmus students on a weekly basis.
Recruitment process seeks a CV and a Motivation Letter, followed by an interview, which helps to understand the motivation, wishes and expectations of a candidate, who, if accepted in this round, has to prove their activity to become an active member. Active participation is a must, followed closely by positive energy and a friendly attitude towards tasks, other members and, of course, Erasmus students.


Being a relatively small section in a small town means a stronger connection not just among ESNers but also with incoming students, from whom the section gets very positive feedbacks on hospitality, helpfulness and a friendly attitude. Being an ESNer doesn’t only mean being a buddy, it means being a friend and somebody to rely on, and that is what students in Rijeka get from our section.
Keep up with ESN Rijeka
Facebook & Instagram