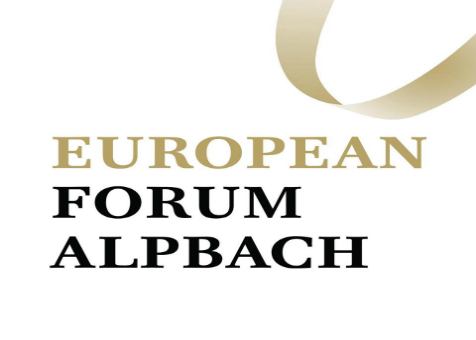 August 14-30, 2019
Liberty and Security is the general topic of the European Alpbach Forum 2019. The bouncing back of liberalism post 1945 in Western and post 1989 in Eastern Europe led many to believe that liberal democracy and market economy had become the only game in town. And that on the wings of globalisation it would pervade the whole world. But this is not the case. Who or what is the midwife of current new waves of political illiberalism, economic protectionism and the obsession with security, often at the detriment of liberty? When and why did we give up on striking a fair balance between liberty and security?
The Forum not only aims at analysing current developments, causes and driving forces, but also at delivering new perspectives and orientations. It also pays tribute to Karl Popper as a regular guest and to his constant plea for the open society in the aftermath of the great catastrophe of the 20th century, i.e. totalitarianism, the Shoah and WW II. Thus, the Forum will give equal attention to pertinent topics from a philosophical, political, socio-economic, ecological and cultural perspective.
The scholarship application
Every year, 700 students from about 90 nationalities participate as scholarship holders in the European Forum Alpbach. Join smart minds from around the world in a charming Alpine village, immersing yourself in an environment bursting with novel ideas, new ways of thinking and opportunities for making great contacts.

With the Alpbach scholarship programme, young people under 30 can attend this leading interdisciplinary conference and a variety of academic seminars. A basic scholarship covers the participation fee to all events at the European Forum Alpbach. Additional subsidies are available for accommodation and daily allowances
Deadline: 29th March 2019
MORE INFORMATION

This year's speakers will be announced at the end of April 2019.