Transformative Tourism across the European Capital of Culture 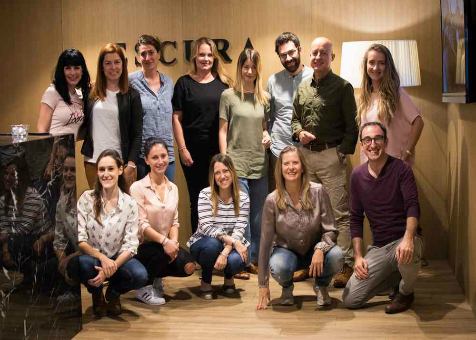 On May 22nd and 23rd 2019 within the EU project TraCEs - Transformative Tourism across the European Capital of Culture a kick-off meeting was held in Barcelona. Meeting was attended by representatives of the Faculty of Economics and Business University of Rijeka, Assist. Prof. Bojana Olgić Draženović, PhD and Post. Doc. Stella Suljić Nikolaj, PhD.


The aim of the project is to extend the effects of increased public interest for the European Capitals of Culture beyond and after the end of a one-year event. The emphasis is on the development of so called transformative tourism (includes industrial, cultural heritage, outdoor activities, food ...) that boosts a kind of travelling that is sustainable and impactful for destinations, exposing local communities to new ways of thinking and living their territories.


The planned duration of the project is from March 15th 2019 till December 15th 2020 with the project's effects being monitored two years after the end of the project. The project is co-financed by the European Commission - Executive Agency for Small and Medium-Sized Enterprises (EASME). The project includes 8 partners from 6 different countries (Croatia, Italy, Spain, Germany, the Netherlands and Slovakia).


Considering that the City of Rijeka is The European Capital of Culture 2020, one of the key partners in the Project is Faculty of Economics and Business University of Rijeka, with the aim of creating the long-term positive effects of this one-year event for the City of Rijeka and its inhabitants.